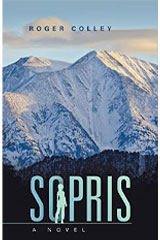 In the aftermath of the 9/11/2021 terrorist attack, America is devastated.

A powerful electromagnetic pulse bomb knocked out the entire electrical grid and left the nation without a functioning economy. Citizens are in crisis over food and water supplies. In addition, a terrorist bioweapon—genetically altered Ebola—compounds the devastation. Michael Reynolds is again called upon to find a rapid solution.

Meanwhile, Fila, the beautiful female assassin, escapes capture and flees to the Colorado Rockies. Amidst disguise and intrigue, she searches to find answers to her own change in character. She once searched for peace among the Afghan Taliban violence but then joined with terrorists to commit the violence she initially tried to contain.

Fila seeks answers to the age old question of good versus evil, but she also wants solutions she can pass on to Michael. With answers, she will not only find redemption for herself but also save the United States and contribute to world peace. She only hopes her discoveries don’t come too late.