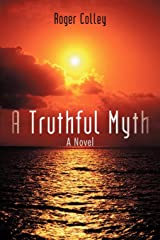 In the early twenty-first century, a former U.S. senator, who has become known as the Oracle, brings to the world's attention some incredible knowledge about man's alarming contribution to the troubling issue of global warming.

He predicts a dire and catastrophic climate change that will occur much sooner than anyone thought. The Oracle, in conjunction with renowned Princeton science professor Richard Compton, convinces the president of the United States that something drastic must be done to counteract the extreme weather that will devastate many areas of the United States. Under the firm direction of his powerful chief of staff, the president creates a master plan that calls for relocating 300 million people to the area surrounding Denver, Colorado. Strict sanctions will eliminate the burning of fossil fuels, and New America goes green.

Meanwhile, talented chemical engineers Michael Reynolds and Rose Haines discover new facts about the vagaries of climate change, learn more about the human natures of the American people, and wonder at the alarming turbulence in the outside world. The master plan may not be enough to save the American people.